Mitchell Canter has been providing quality legal services to the greater metropolitan community for almost 40 years. Mitch is an “old school” lawyer – he believes law is a profession and not a business. His clients find him approachable and friendly because he sincerely cares about them as individuals, and strives to make their lives better with his wealth of legal knowledge and the skills he amassed over the past three decades.

Mr. Canter received his B.A. from the State University of New York at Albany and he received his J.D. From Georgetown University Law Center in 1982, a nationally ranked law school.

He began his career in New York City where he spent a decade at top law firms learning the skills which have helped him succeed and build a thriving law practice when he relocated to the suburbs to be near his growing family in 1993.

Mitch has focused his practice over the past thirty-five years plus on representing clients in three primary areas – bankruptcy, matrimonial and family law and real estate.

Mitchell provides compassionate, caring and knowledgeable service to people who are often at a low point in their lives. His divorce cases range from the uneventful to the most complex. He has handled bankruptcy cases for corporations as well as individuals under all chapters of the bankruptcy code. Whether buying or selling a home Mitch has the experience and knowledge to make the process as smooth and painless as possible.

Mitchell Canter is admitted to practice before the courts of the states of New York and the United States courts for the Southern and Eastern District of New York. He has recently retired from practicing in the state and federal courts of New Jersey. 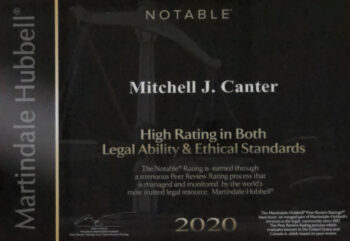 The Law Offices of Mitchell J. Canter is a full-service law firm offering representation in all facets of the legal profession. We specialize in matrimonial and family law, real estate, and bankruptcy.

We take care of our clients and place extreme value on our relationships as our expertise lies in delicate areas of the law. Whether a client is seeking counsel through a divorce, buying their first home, or negotiating the reorganization of a business that took a lifetime to build, we’re there every step of the way.

Our attorneys and staff at our Nanuet, N.Y. office are always available to assist clients, whether answering a simple question or engaging in complexities of litigation.